Recently, computer-generated visualization is increasinglyused in sports broadcasting to enhance the viewer experiencebeyond displaying simple data, like time and current score.One example is that virtual objects, such as virtual oﬀsidelines in soccer scenes, are overlaid onto the live video. An-other demand of the user is the interaction with the TVcontent. The user expects the augmented content to bettercomprehend and enjoy the sports game, e.g., a given scenefrom the viewpoint of the player. Augmented Reality (AR)of real sport matches facilitates viewers to engage and im-merse into the action 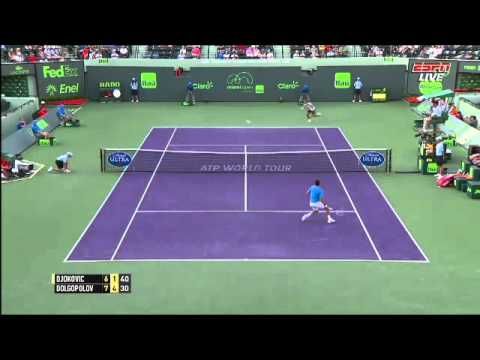 Present AR techniques for sports video can be divided intotwo categories. The research in the ﬁrst category is focusing on generating virtual scenes by means of multiple synchro-nous video sequences of a given sports game [1, 2]. However,it is diﬃcult, if not even impossible, to apply such systems for TV broadcasting, since only single-viewpoint video is available to the viewers at any time. This paper concen- trates on the systems of the second category [3, 4], whichaim at synthesizing virtual sports scenes from TV broad- casted video. In [3], the proposed system performs a camera calibration algorithm to establish a mapping between the soccer court-ﬁeld in the image and that of the virtual scene. The posture of the player is selected from three basic choices: stop, walk or run, using the player’s motion direction and. Finally, computer graphics techniques (OpenGL) areemployed to generate an animated scene from the viewpointof any player. The work reported in [4] is an improved ver-sion of [3], where a more advanced tracking approach forthe players and ball is realized. Such systems still suﬀerfrom two problems. First, the so-called camera calibration only builds a 2D homography mapping without providing the exact camera parameters. As a result, the virtual scene generated by this technique might be quite diﬀerent from the original scene. Second, the graphics-based animation is unfortunately not very realistic, since the texture and mo- tion nature of the player are lost completely. In this work, we aim to address these problems

Because of the accuracy of the algorithm, our system al- lows professional applications besides the enhanced viewing experience (free viewpoint). For example, our system can be an eﬃcient replacement for manually controlling the video camera to concentrate on and track an object of interest to be in the middle of the image. Moreover, our system can be a camera simulator, providing the virtual videos with diﬀer- ent camera settings and ﬁnding the perfect camera position and ideal camera setting through simulation