The IVS series is designed with reliable performance for harsh environments. Our in-vehicle systems can be used in different applications without any limitation such as bus, taxi, and truck. The IVS series is built in with OBD-II function so that it can be used to check the vehicle status. Additionally, you can connect four IP cameras through the PoE ports for surveillance. Furthermore, with the real-time streaming NVR (Network Video Recorder), critical moments can be recorded when accident happens, therefore enhancing safety of drivers and passengers on the move. The IVS series is integrated with GPS module, allowing users to track the bus and identify its location quickly. 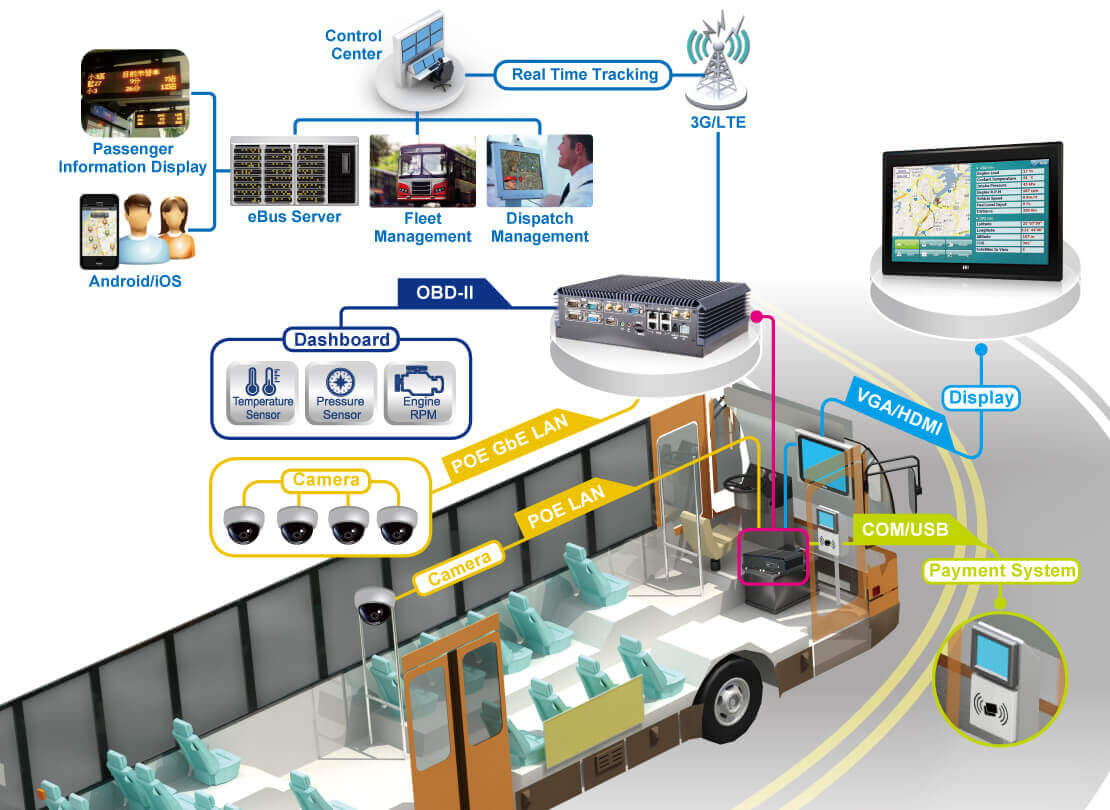 The IVS series vehicle box PC is designed with reliable performance for harsh environments. Rich I/O ports are provided to connect with multiple peripheral devices in vehicle for different applications.

IEI and its partner have deployed thousands of smart bus systems in Taiwan, which contain the IVS series and the VTT series installed on each bus. The IVS series is equipped with sufficient I/Os for connecting to digital signage and OBD-II. The digital signage is used for passenger information display, such as advertisement and next-stop notice. The IVS series is also embedded with GPS and 3G/4G functions for real-time location reporting to notify the travelers the estimated arrival time of buses. The driver can be aware of the distance between his bus and the bus ahead running the same route from the VTT series in order to keep a suitable distance to improve efficiency.